In addition to his work with The Strokes, Casablancas has led a solo career during the band's hiatus, releasing the album Phrazes for the Young on November 3, 2009.

His first solo album, Phrazes for the Young (inspired by the Oscar Wilde book "Phrases and Philosophies for the Use of the Young"), was released on November, 2, 2009.

The album was strongly influenced by new wave and electronica, with Casablancas utilizing synthesizers for many songs. He discussed his new influences by saying "I would've gone weirder with the music, but I wanted to be smart. I didn't want people to say, 'Okay, this is his weird abstract thing,' and dismiss the album. I worked too hard on it for that to happen...I wanted to be crazy original and bridge the gap between traditional music and modern music." 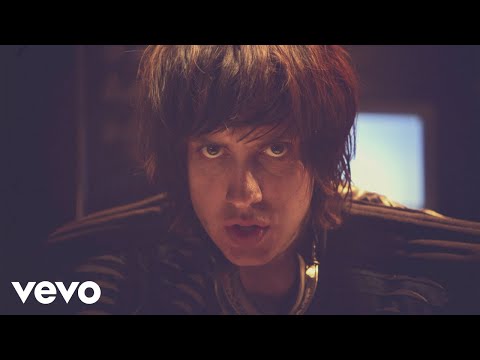 Out Of The Blue

Left & Right In The Dark